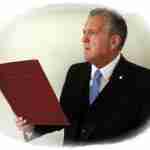 The times I’ve been greeted with that upon arrival at a family’s home to discuss their loved one’s funeral service. It’s not their fault, often even the Funeral Directors don’t understand what we do!

I’m neither of the above, I’m a Celebrant. To be exact I’m a Secular Celebrant and we are probably the largest single group of Funeral Officiants that people have never heard of and probably the fastest growing first choice for the majority of families in the UK. Over 50 % of the UK now claim to be of no faith.

So, here’s how I then explain what I do to those families who greet me as above.

On one extreme you have ‘The Church’, in all of its glorious colourful forms and will present themselves as a vicar, a priest or a minister.

They have a faith, a belief, and will in most if not all cases insist on a lot of faith-based content, wording, hymns, prayers and lots of reference to God and going on to a better place. i.e. Heaven. The service will be predominantly about religion with little by way of a true Eulogy. Some faith ministers, insist that that the ceremony is all about God, not the deceased. Some do not even mention the deceased’s name at all during the service, very few deliver a proper eulogy and the bereaved are frequently not invited to participate in any way.

At the other extreme sit the Humanists who seem to have hijacked the term Celebrant as their own and thus have helped fuel the confusion. If you were to look up Celebrant on the government’s own career advice website the only website link is to Humanists UK with a brief reference to the fact that other training organisations exist. Very misleading!

The Humanists are the exact opposite of The Church. Essentially of no faith, tub thumping atheists in the main. They do not allow any reference to a god or heaven or an afterlife. No hymns, no prayers.

I know of one Humanist who refused to allow the family to play Robbie Williams hit song Angels at their loved one’s funeral as Angels have a religious connotation. In fairness to Humanists they do tend to focus on the life of the deceased and a good part of their service will be very much about the person and there is ample opportunity for family members and friends to make an active contribution.

Now, all of the above is a generalisation. There are a few on both sides of that divide who are flexible and who will allow some latitude in music and participation, but only a few.

So, what then is a Celebrant?

I am a Celebrant.

As a Celebrant my desire is to facilitate exactly and only what a family needs and wants to say their very own and personal goodbye. That is all that matters.

I start every funeral process with a blank canvas and typically spend around 2 hours (my record is 4hrs) discussing in every detail exactly what they want, with the largest part of that time spent making copious and detailed notes about the deceased, their life, achievements, characteristics and personality. I encourage family participation, if they feel able, to read a self-penned tribute or suitable meaningful poem or if they are musical to sing or play an instrument.

From that meeting I can then write and create a religion-based service or a totally non-religious service or, as if the case most frequently, a mix.

There are countless times a Funeral Director has appointed me to look after the family with the words ‘they don’t want a religious funeral’ and when I meet the family one of the questions I usually ask if they have not made it crystal clear that they want an ‘atheist’ service is ‘would you like the Lord’s Prayer included’. I would guess well over 80% answer yes.

In my experience our society considers itself to hold what I can only describe as ‘Christian’ values, the Ten Commandments in effect.

After all, in the main they are a good set of rules to live life by regardless of any beliefs or not. That is where the vast majority of the population see themselves, living a ‘Christian’ lifestyle, trying to be the best they can be and in consideration of others.

Church attendance is waning with every year, Churches are closing down due to lack of use. Many people see the other side, the Humanist/Atheist position as too extreme, and still many people, even if they hold no firm belief either way like to think and believe that there is ‘something’ after we die.

Secular Celebrants facilitate just and only what the family wants.

We allow for a mix within the service that allows the family to truly reflect the person they are saying their farewells to in the most meaningful and memorable way for them. They, the family and the deceased, are the key in all of this. A Funeral should be a celebration of a life lived and always person centred.

Now it has to be said at this point that not all Celebrants are good.

Perhaps surprisingly there is no requirement for any formal training to become a Celebrant. Many use the role as a part time ‘filler’ in between other jobs.

I am also a full time professional; I have no other jobs pulling me away from my families. I work with around fifteen independent family owned Funeral Directors regularly around my area and at around nine different Crematoriums and Cemeteries. Yes, we do Burials too! I also limit the number of services I conduct to a max of five to seven a week so as not to overstretch myself and allow plenty of time for my families. I would guess that with meeting the family, writing and preparing the service and then traveling to and from and leading the service I dedicate around ten to twelve hours to each one. I’m not sure how you can do that and hold down another job if you are to do either properly.

My recommendation is that when you are with your chosen Funeral Director for your initial arrangement meeting and they broach the subject of your officiant that you consider the following before accepting their suggested officiant. Remember, you don’t have to accept who they offer you; they will if directed, appoint who you tell them to, so do your research, ask around, check the web for local officiants and check out their testimonials and qualifications.

I hope that you find that this information has been of help and I hope that it helps you find the right person to hold your hand through your sad and difficult time and that someone is the one who provides the true reflection and celebration of your loved ones life that you seek.

Member of The UK Society of Celebrants

Signed up to the Celebrant Accord 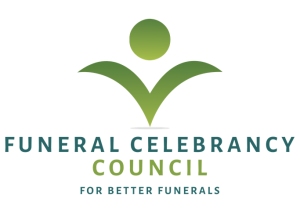 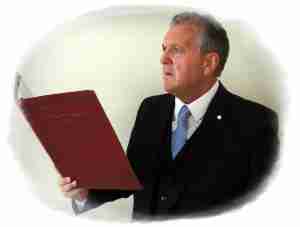 Solicitors in The Probate Network offer a free 20-minute telephone consultation with a probate solicitor. The solicitor will offer advice and answer any questions you may have on how best to deal with your probate (also known as estate administration). The consultation can be used to discuss any aspect of probate, intestacy, estate administration or contentious probate (often referred to as disputed wills).

No obligation, no catch just your initial probate questions answered.

Book Your Free Consultation with a Probate Solicitor

SPEAK WITH A PROBATE SOLICITOR